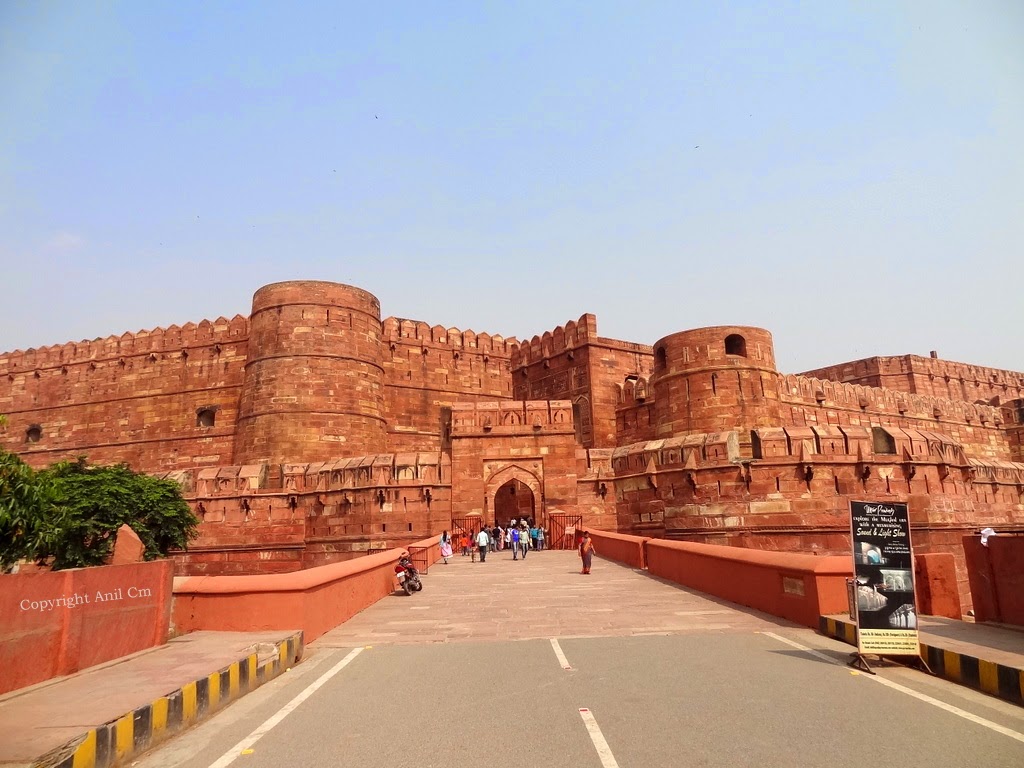 Agra Fort  is a UNESCO World Heritage site located in Agra, Uttar Pradesh, India. It is about 2.5 km northwest of its more famous sister monument, the Taj Mahal. The fort can be more accurately described as a walled city.
The present-day structure was built by the Mughals, though a fort had stood there since at least the 11th century. Agra Fort was originally a brick fort, held by the Hindu Sikarwar Rajputs.
....................Visit Page.

Rohtas Fort is a historical garrison fort located near the city of Jhelum in Punjab, Pakistan. It was built by Sher Shah Suri, to subdue the rebellious tribes of the northern Punjab region, in 16th century. This fort is about 4 km in circumference. The Rohtas fort was built to crush the local tribes of Potohar, who rebelled against the Sur dynasty after the Mughal emperor Humayun was ousted by the former. The tribes included, Awans, Janjua Rajputs, Dhund Abbasi, Kayanis, Minhas Rajputs, Khokhars among others........................Visit Page. 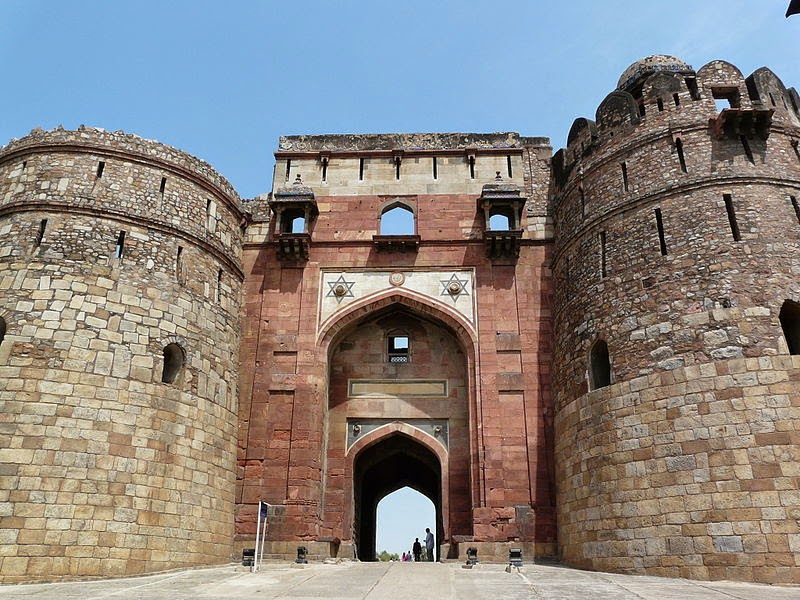 Purana Qila is the oldest fort among all forts in Delhi and, the oldest known structure of any type in Delhi. It was rebuilt by the Afghan king Sher Shah Suri, on the same site, which was perhaps the site of Indraprastha, believed to be the capital of the Pandavas. Sher Shah raised the citadel of Purana-Qal'a with an extensive city-area sprawling around it. It seems that the Purana-Qal'a was still incomplete at Sher Shah's death in 1545, and was perhaps completed by his son Islam Shah or Humayun, although it is not certain which parts were built by whom. It's located at the site of the legendary city of Indraprastha, that was founded by Pandavas on the banks of perennial river Yamuna, which is revered by Hindus since ages, points to the possibility of this site's history dating back to nearly more than 5000 years old.................Visit Page.