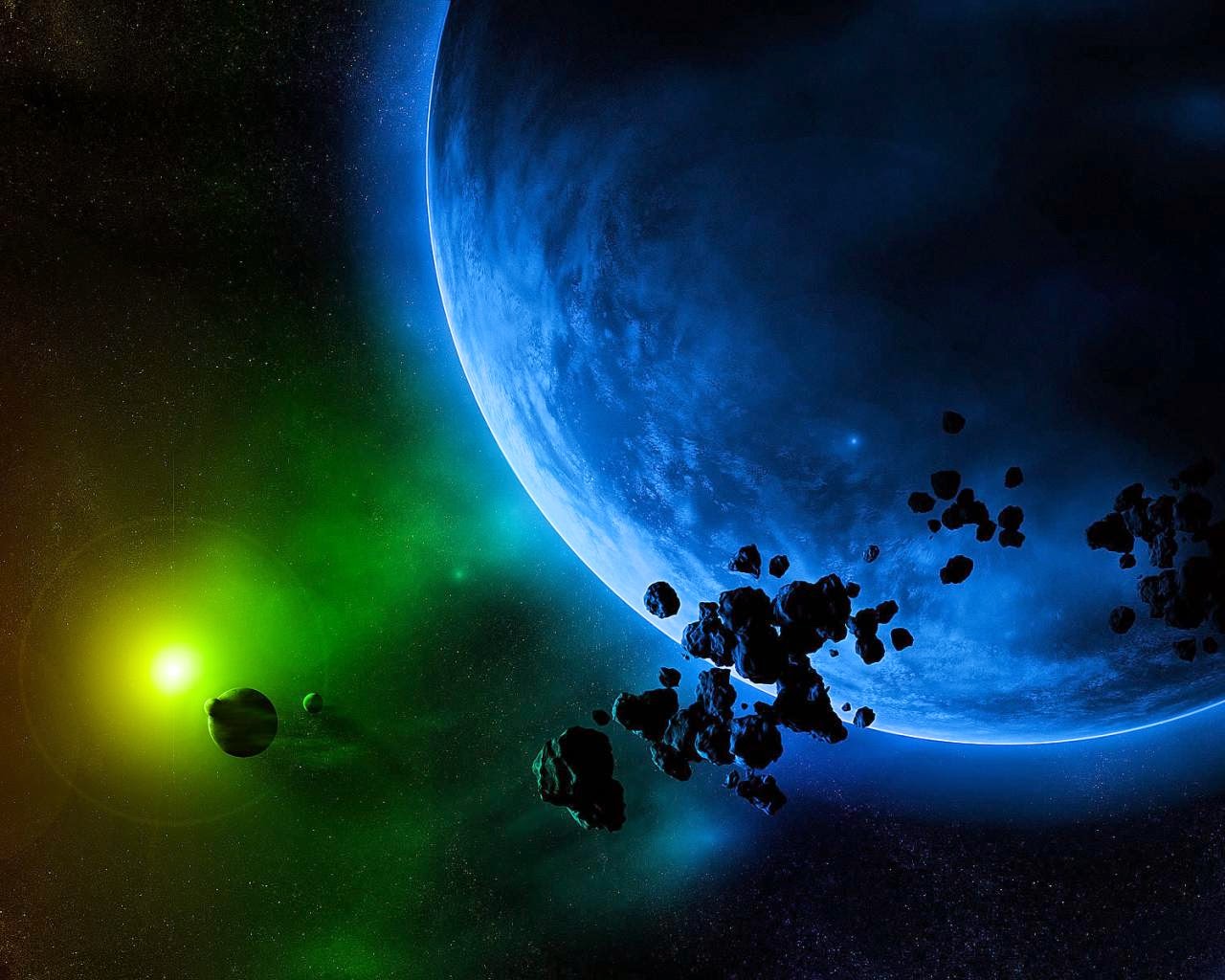 Uranus is the seventh planet from the Sun. It has the third-largest planetary radius and fourth-largest planetary mass in the Solar System. Uranus is similar in composition to Neptune, and both are of different chemical composition than the larger gas giants Jupiter and Saturn. For this reason, astronomers sometimes place them in a separate category called "ice giants". Uranus's atmosphere, although similar to Jupiter's and Saturn's in its primary composition of hydrogen and helium, contains more "ices" such as water, ammonia, and methane, along with traces of hydrocarbons. It is the coldest planetary atmosphere in the Solar System, with a minimum temperature of 49 K (−224.2 °C), and has a complex, layered cloud structure, with water thought to make up the lowest clouds, and methane the uppermost layer of clouds.In contrast, the interior of Uranus is mainly composed of ices and rock......................Visit Page.

Mars: Facts and Information About the Red Planet

NASA Mars rover Curiosity has been on Red Planet for a complete Martian year that is of 687 days. But it has not stopped Curiosity to accomplish its goal and it is still trekking on the Red Planet and is traversing Gale crater.
Martian Gale crater was covered with glaciers some 3,500 years ago. Extremely cold liquid used to flow through its rivers and lakes forming landscapes similar to those that can be found in Alaska. An analysis of image taken by the spacecraft orbiting Mars has unveiled about the liquid aspect.........................Visit Page. 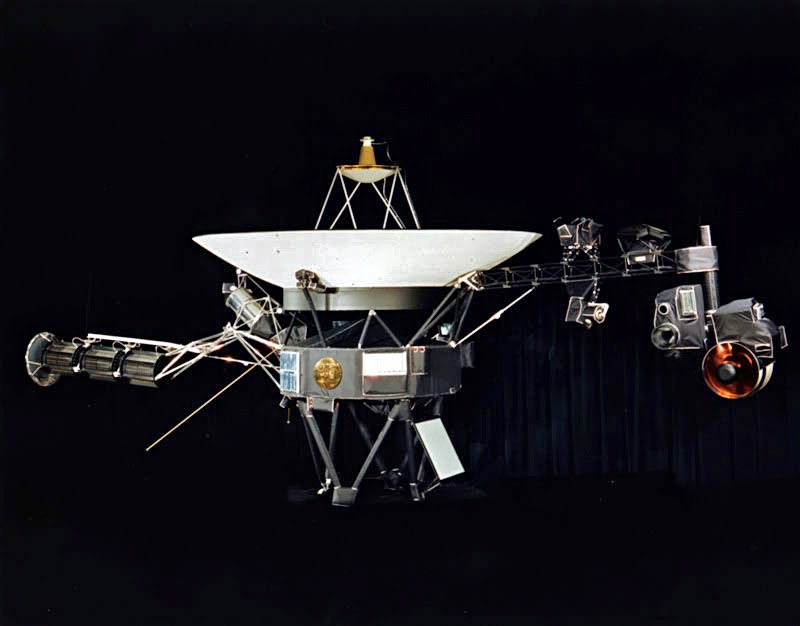 Voyager 1 is one of two probes launched in 1977 to explore the outer planets in our solar system. The spacecraft and its twin, Voyager 2, made some surprising discoveries and have kept on going. Voyager 1 is about to become the first manmade object to travel into interstellar space.Voyager 1 was actually the second of the twin spacecraft to launch, but it was the first to race by Jupiter and Saturn. The images it sent back have been used in schoolbooks and newspaper outlets for a generation. ....................Visit Page.

Scientists from the University of Queensland have used photons (single particles of light) to simulate quantum particles travelling through time.
Their research, entitled "Experimental simulation of closed timelike curves", is published in the latest issue of Nature Communications.
The grandfather paradox states that if a time traveller were to go back in time, he could accidentally prevent his grandparents from meeting, and thus prevent his own birth. However, if he had never been born, he could never have travelled back in time, in the first place....................Visit Page. 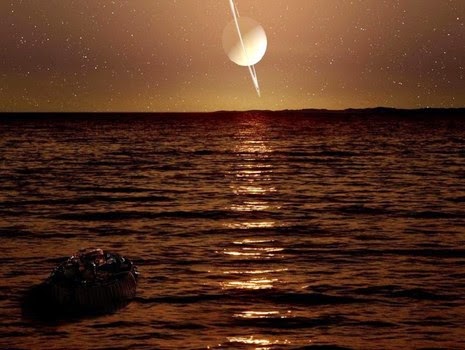 A mysterious ‘magic island’ has appeared in radar images of a hydrocarbon sea on Saturn’s giant moon, Titan.
Scientists are struggling to explain the bright ‘transient feature’ but say it could be the result of waves, bubbles or buoyant solid matter.
The object was spotted by flipping between images of Ligeia Mare, Titan’s second-largest sea, captured by the Cassini space probe which has been exploring the Saturnian system since 2004...............Visit Page.


Europa: Facts About Jupiter's Icy Moon and Its Ocean 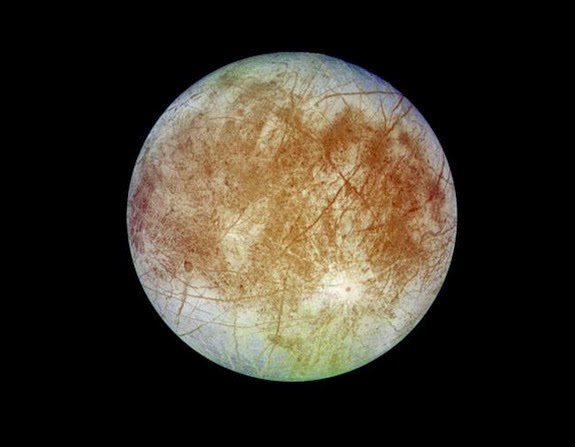 So far, more than 60 moons of various sizes have been discovered around the planet Jupiter. The four largest moons of Jupiter are Io, Ganymede, Callisto, and Europa. The surface of Europa is frozen, covered with a layer of ice, leading scientists to believe there is a very active ocean beneath the surface of this intriguing moon...............Visit Page.

On Feb. 1, 2003, space shuttle Columbia broke up as it returned to Earth, killing the seven astronauts on board. NASA suspended space shuttle flights for more than two years as it investigated the disaster.
An investigation board determined that a large piece of foam fell from the shuttle's external tank and fatally breached the spacecraft wing. This problem with foam had been known for years, and NASA came under intense scrutiny in Congress and in the media for allowing the situation to continue..................Visit Page.

Titan is Saturn's largest moon and the second largest in the solar system (after Ganymede of Jupiter). The origins of the name Titan come from ancient Greek. According to sources like NASA, Titan has a lot of conditions that make it similar to Earth.
Titan is the only moon in the solar system with clouds and a dense, planet-like atmosphere. It is surrounded by an orange haze that kept its surface a mystery for Earth´s scientists until the arrival of the Cassini mission....................Visit Page.

The computer became the first in the world to be mistaken for a real person more than 30 percent of the time, during a series of five-minute keyboard conversations with humans conducted at the Royal Society in London.
The test was established in 1950 by Alan Turing, a World War II British codebreaker and pioneer of computer science, in a journal article about whether computers "think"....................Visit Page. 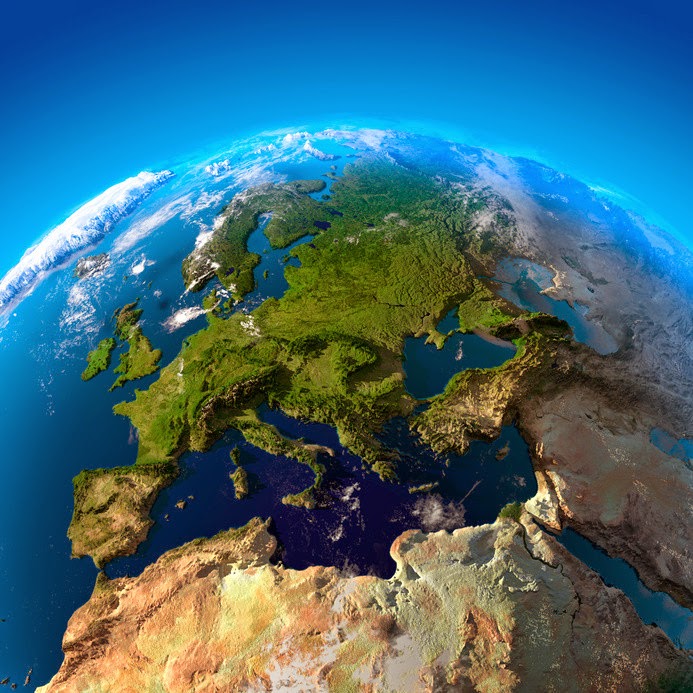 NASA’s Kepler space telescope has discovered a giant planet, named Kepler-10c, which has 17 times the mass of Earth.
This rocky world is so large that it has been dubbed a “Mega-Earth” and been compared to the giant monster of film fame, Godzilla.
According to the researchers, this “Godzilla of Earths” is some 560 light years away from Earth in the constellation Draco.................Visit Page.

Teleportation 'should be possible'

Physicists at the Kavli Institute of Nanoscience at the Delft University of Technology in the Netherlands have made quantum teleportation of data a reality.
Researchers said they have moved quantum information between two quantum bits separated by around 10 feet without changing the spin state of an electron. Quantum information is physical information present in quantum state and is used to distinguish one thing from the other....................Visit Page.

The Large Hadron Collider (LHC) is the world's largest and most powerful particle collider, built by the European Organization for Nuclear Research (CERN) from 1998 to 2008. Its aim is to allow physicists to test the predictions of different theories of particle physics and high-energy physics, and particularly prove or disprove the existence of the theorized Higgs particle and of the large family of new particles predicted by supersymmetric theories......................Visit Page.